Our in-freedom-rooted morality is the foundation of the Judeo-Christian America. Its essence is simple:

This morality is in the Biblical Ten Commandments with their detailing in the Torah. The virtues of this morality are:

This morality is the moral foundation of Christian and Jewish majorities.

But in our world, there are other in-slavery-rooted moralities, such as moralities of Nazism, Marxism, Communism, Maoism, ISIS-ism, BLM-ism, Antifa-ism, etc. whose virtues’ cornerstone is hostile to our Judeo-Christian virtues. The essence of their virtues is:

I ENSLAVE THE OTHERS BY FORCING THEM TO FOLLOW MY ORDERS

Therefore, the avenue for the peace and happiness in America (and in the entire world)

CREAT A GOVERNMENT THAT GOVERNS BY THE MORALITY OF THE TEN COMMANDMENTS.

Yes, Judeo-Christian virtues are the Americans’ Souls, and we must ‘Save Our Souls.’

A nation is distinguished from other nations by its virtues (‘souls’, spirituality, morality, traditions, history). When national virtues are destroyed – either by foreign assaults or domestic upheavals, nations are dying, and the history is the best witness of this.

Why the Roman Empire died? Because during its territorial expansion it had included in the Empire numerous tribes with incompatible, adversary virtues.

Why the Jewish Nation survived? Because during its Roman-imposed exile it was able to preserve the same virtues for numerous territorially disunited Jewish communities.

***The Judeo-Christian virtues are the American virtues: why and what are they?***

The England’s colonies and then the USA were created by the European Christians whose virtues were rooted in the Old (the Torah = the Jewish Bible) and New (the Christian Bible) Testaments.

Although the Rabbis and Priests for the last two millenniums created numerous religious articles of faith, the Bible’s virtues directly from the Above (and we know that the images of ‘the Above’ are numerous, not only the image of Biblical God) are the Ten Commandments and ‘In the Image and Likeness of God.’

These virtues could be translated in the language of social and political actions in the following way:

***The American Judeo-Christian virtues are under assault now: why and who are the assailants?***

However, in the second half of the last century we the people stopped paying attention to the growth of the national government and it has become a totalitarian monster.

We have let the national government to take from us our Judeo-Christian virtues and substitute them by government’s orders that transformed us from the Bible-guided individuals into the government’s spiritual and economic slaves.

It was done by two pivotal government actions – (1) replacing the spiritual equality by economic equality, and (2) not only accepting the new immigrants with the spiritual virtues that are hostile to our Judeo-Christian ones but attracting them by free-of-charge ‘economic goodies’ they did not have in their own countries.

Why has the government done it?

***The American Judeo-Christian virtues must be defended and protected to save ‘our souls’ that is to save our nation: how to do it?***

All of us, the Americans of Judeo-Christian virtues, should decide what we can do individually and collectively, and more thought on what to do could be found in this Blog ‘Intellectual Judaism.’

To realize the truthfulness of this statement, let’s recall the definitions of Spirituality, Morality, Religion and Superhuman Controlling Power.

Dictionary: Spirituality is the quality of being concerned with the human spirit or soul as opposed to material or physical things.

That is the acknowledgement of the existence of the human spirit or soul that the Something (God) that created our world separates and distinguishes the humans from everything else. 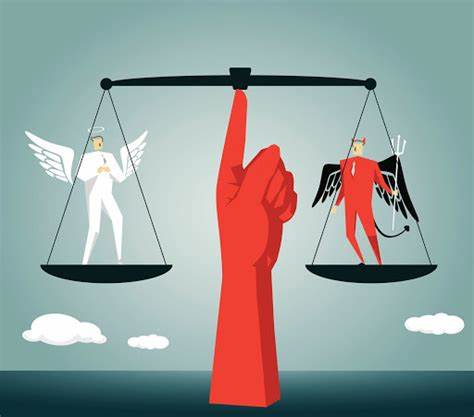 Dictionary: Morality is the principles concerning the distinction between right and wrong or good and immoral behavior.

The Ten Commandments and the “humans made in the image and likeness of this Something (God)” are the guidance for distinguishing between right and wrong or good and immoral behavior.

Dictionary: Religion is the belief in and worship of a superhuman controlling power, especially a personal God or gods.

Both Religion and Science are pivotal for Human’s survival and happiness with religion having a unique special role.

The religion is crucial for our civilizational survival not because of the believed-to-be-real image of its Superhuman Power or its many doctrinaire rituals and prayers.

The Religion is crucial because the religion is the key crusader for our Judeo-Christian national morality of the Bible-guided Ten Commandments and the individual freedoms “in the image and likeness of God.”

Most probably, our religious leaders understand all that, but they (again, most probably) are afraid to transform these beliefs into public actions for preserving the Judeo-Christian America.

For Judaism, the criterion of the good society is not wealth, power, or prowess but the simple question: does it respect the individual as the image of God.

Unfortunately, that is true: Decline of Judeo-Christian America is to a great degree the fault of our religious leaders.

Let me describe it in regard to Judaism where my spiritual roots are, and I am sure something similar could be found in Christianity.

The Intellectual Faith is rooted in the Torah (Old Testament) itself.

The ancient tribes found (or created) their own gods who delivered the requested outcome in exchange for ‘gifts.’

At the same ancient times, one of the tribes, the future Jewish Nation, found (or created, for those who despise the word God) the God of Morality – the Morality of the Ten Commandments and Individual Freedoms “in the image and likeness of God.”

The guidance of this God was simple, although not easy to understand: continue My Creative Work along the line of My Morality.

And for the next over millennium timeline the Jewish Nation was learning (with multiple errors) how to do it. The entire Torah (Old Testament) describes this learning process.

Something new happened two millenniums ago that led to the birth of Dogmatic Faith.

What happened was the Great Jewish Exile! The Jews were expelled from the Promised Land by the Romans – expelled to many foreign lands where the danger of forced assimilation and abandoning the life by the God’s morality was real.

And the Jewish religious leaders (about two hundred rabbis over about two centuries) created the Talmud – the well-known 613 rabbinical commandments, the dogmatic Jewish Faith, intended to secure the survival of the Chosen People until the “better times” (the coming of Messiah?).

The better times began coming about three centuries ago with the liberation from the Royal/Clerical despotism in Europe and the USA. That was the time for the Jewish religious leaders to begin the revival of the Jewish Intellectual faith – for both the Jews and the Christians, in spite of the mighty antisemitism. Unfortunately, that was not happened, and that paved the way for the new forces of division and suppression – the forces of various shapes of Marxist Faith (analyzed in detail in this Blog).

Where we are now and what to do

In America, the national Judeo-Christian Intellectual faith is being replaced by an American version of the totalitarian Marxist faith. And the only way to stop it is the return of American religious leaders to the Intellectual Faith and mobilization of their followers for the actions in public arena.

The victory of Conservatives over Liberals may help but not resolve the core issue because Conservatism is trying to preserve everything as it is while the Intellectual Faith guides to continue the God’s creative work that means the Change.

The victory of Republican Party over Democratic Party may help but not resolve the same core issue because a political party in power is legislating with the purpose of preserving its political might – not for restoring and preserving the power of God’s morality.

The victory of fighters for religious freedoms may help but resolve the same core issue because they are fighting for the freedom of worship – not for the freedom to lead the public in the fight for restoring and preserving the power of God’s morality in the government.

In his first speech to the United Nations General Assembly, Israeli Prime Minister Naftali Bennett pleaded to see Israel not as forever entrenched in warfare, but as a contributing member of the international community. Israel, Bennett said at the outset, “is a beacon of democracy, diverse by design, innovative by nature and eager to contribute to the world.” “For way too long, Israel was defined by wars with our neighbors,” Bennett said. “But this is not what Israel is about. This is not what the people of Israel are about.”

This American war is between the peoples of Bible and Marxist moralities.

The people of Bible morality

Understanding the Ten Commandments (Exodus 20:2-17 NKJV) – Intellectual Judaism – it is about Judeo-Christian morality of the Nation! (intellectualjudaismjewishidentityincontemporaryjudeochristian.world)

The people of Bible morality are creating their material wealth in support of their morality standing in mutually beneficial cooperation with the others. They do it with clear understanding that the size of individual wealth would be different depending on many unique individual characteristics. The unfortunate who are not able to create enough individual wealth to support themselves are helped by the family and community (Mitzvah /Charity).

The people of Bible morality elect a government with the primary task of defending the national Bible-guided morality of individual freedoms from the enemies foreign and domestic.

The people of the Marxist morality

The people of the Marxist morality elect the government with the primary task to do it under the name of “redistributing the wealth” (from those who made it to those who want it).

When the people of Bible morality win the elections and form the national government, this government would make angry the people of Marxist morality, and they will rebel as well.

Out of the two mentioned national election outcomes, the victory of the people of Marxist morality is much more harmful for the nation. 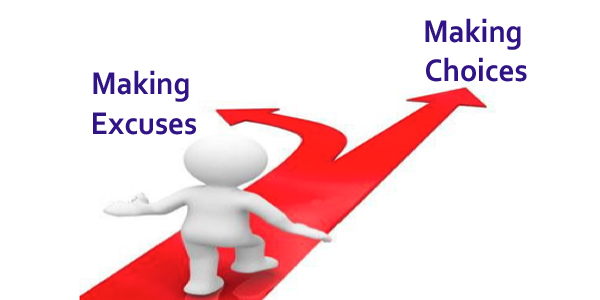