The facts presented in the analysis at the following link convinced the overwhelming readers’ majority that is not the myth – America’s Sovietizing is underway:

The Sovietizing means allowing the government to become so big and intrusive that the freedoms of any actions are transferred from the individual to the totalitarian government. Everything is directed by the totalitarian government: how you get kids and educate them; how to hire and fire; how to provide health services; whom to name poor or rich; whom to tax more or less; whom to reward/punish spiritually or financially, etc.

And it is the Sovietizing of American federal government done with the help of two our political parties.

The readers in disbelief may go to the following link to see the enormous totalitarian-size of our federal government:

Most of what the federal government is doing now should be transferred back to the individuals, private businesses, charity organizations, and the states where it will be done much better – less money will be wasted, and more Judeo-Christian morality guidance will be provided – precisely as it is prescribed by the US Constitution.

Article IV of the US Constitution – The States. This article defines the relationship between the states and the federal government.

The federal government guarantees a republican form of government in each state, protects the nation and the people from foreign or domestic violence, and determines how new states can join the Union. It also suggests that all the states are equal to each other and should respect each other’s laws and the judicial decisions made by other state court systems.

Thus, the states are obligated constitutionally to assign to the nowadays federal government only one fundamental task – protecting all citizens from foreign and domestic violence. 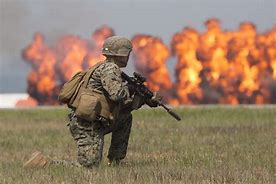 However, the federal government with the urge to become a totalitarian one (such urge is natural for any government) extended its powers and imposed on the states and their citizens the one-size-fit-all regulations what the US Constitution prohibits. They are the one-size-fit-all regulations on social justice, human rights, immigration, equality, hate, family, minimal wages, health, free ‘goodies,’ affirmative action, school bussing, housing, … and much-much more!

The countless government entities have been created to monitor and enforce the unconstitutional government regulations with the annual cost for every citizen of about $10,000 in taxes and $90,000 in the national debt (to be paid soon by our children).

Let us begin with supporting in the 2022 and 2024 elections only those who pledge if elected to begin the process of transferring all powers of the federal government, except needed for “protecting the nation and the people from foreign and domestic violence,” back to the individuals, private businesses, charity organizations, and the states.

When it is done, it would not only restore our individual freedoms and responsibilities but also make us much richer.

The first step must be changing the immigration regulations – we should not take in those who claim they are oppressed.

The USA should not let get in just the oppressed – we should take only the oppressed immigrants who love and can live by the American national Judeo-Christian morality of individual freedoms and responsibilities.

The peoples are oppressed by suppression of their own virtues/tradition/morality, and they want to escape the oppression to restore the life by their native lifestyle. What we in the USA have not realized yet that the oppressed individuals want to find a place where they could live by their own lifestyle. The oppressed Muslims are looking for a place where they can live by Shariat laws, the oppressed Caucasians – by their clannish laws, the oppressed Africans – by their tribal laws, etc. All those “oppressed lifestyles” are hostile to our own national Judeo-Christian morality that leads to the national disturbances and civil wars. That is what we are observing nowadays in the USA. Of course, among all those oppressed there are morality dissidents who are dreaming to live by our American morality of individual freedoms and responsibilities, and these are the people we should take.

The federal government of Judeo-Christian morality might be just one quarter of the size of the current totalitarian government.