<That is true: As in the past, the antisemitism now is a price for being Jewish>

I am surprised by so many people (Jews and non-Jews) misunderstanding the Jewish spiritual relations with God. These relations are different from the beliefs of the others, and that is what produce the antisemitism.

The atheists would say that is a false statement since there is no God but, if it even so, the Torah-guided belief in such relations with God shaped the morality of the Jewish people.

The Jewish understanding of the God’s guidance for all and specifically for the Jews is the key to grasping the very essence of the antisemitism.

The Torah proclaims that God made the Jewish people the Chosen one. The key question is the Jews were made the Chosen (or, for the disbelievers – the Jews decided to make themselves the Chosen) to do what?

And the Jewish answer is – to live by the God-guided morality of the Ten Commandments and to help the others to do so.

Those who abhor the morality of the Ten Commandments hate the Jews who promote it, and that is called the antisemitism.

Let see what the antisemites hate in the Ten Commandments.

1 “I am the LORD your God, which have brought you out of the land of Egypt, out of the house of bondage. You shall have no other gods before me.”

>>Some antisemites hate this commandment since they like worshipping the graven images of all sorts of their human gods (Marx, Lenin, Stalin, Mao, Obama, etc.) who are promising to make them happy, while the physical-imageless God wants everybody to become happy through own labors.

3 “You shall not take the name of the LORD your God in vain; for the LORD will not hold him guiltless that taketh his name in vain.”

>>Some antisemites hate this commandment since they are only able defending their beliefs by quoting God-related passages from the holy books, while God demands discussing and reasoning in his likeness and image.

4 “Remember the sabbath day, to keep it holy. Six days shall you labor, and do all your work: But the seventh day is the sabbath of the LORD your God: in it you shall not do any work …” 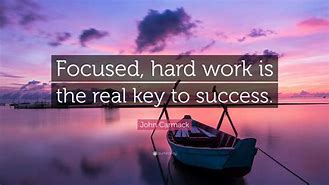 5 “Honour your father and your mother: that your days may be long upon the land which the LORD your God giveth you.”

>>Some antisemites hate this commandment since they are honoring the totalitarian government-god that absolve them from the moral responsibility instead of honoring “their father and mother” who teach them the traditional morality and personal responsibility. 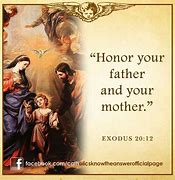 7 “You shall not commit adultery.”

>>Some antisemites hate this commandment because the adultery discharges them from family-related personal responsibility demanded by the Ten Commandments.

>>Some antisemites hate this commandment because they make their living by many kinds of stealing such as corruption, burglarizing, tax cheating, wealth redistribution, government goodies, etc., while this commandment demands them making the living by own labors (and Mitzvah for those who are in need).

9 “You shall not bear false witness against your neighbor.”

>>This commandment forbids false witnessing such as creating false facts in politics, in education, in statistics, etc., and that is what many antisemites are doing to obtain the power and personal wealth.

>>Most probably, this commandment is most hated by the modern antisemites since it forbids the government redistribution of wealth from those who have it to those who covet it.

In spite the antisemitic assaults, the Jewish nation (of course, not all Jews) prefer to live by the Bible-guided Ten Commandments and be the God’s (real or imaginary) Chosen people.

Reader may find much more detailed analysis of described in this post in many other posts of this Blog at https://intellectual0judaism0really.com/