Indeed, who are Trump haters and his defenders?

They believe that our founding national morality is morality of the Bible-guided Ten Commandments be it of divine or historic origin.

They believe this morality has the following fundamental virtues:

And they believe this morality strengthens and unites all in the nation in the fight against the enemies foreign and domestic.

President Donald Trump was (and is) a person whose presidential actions supported all that.

Trump defenders do not care about his personal life sins because that is a matter between him and the Supreme Power above us (God) – they support his actions in defense of traditional Bible-guided national morality. 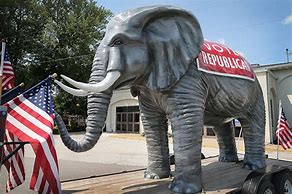 Many of them vote Republican since ideology of this political party is closer to the traditional national morality.

They are those who believe that a nation does not need any national morality – a powerful (Big, Totalitarian, Supremacist …) government unifies and strengthens the nation by forcing all to obey its orders.

They believe the government is

Some of them say the almighty government is needed to fight against Racism but that is wrong again because the morality of Ten Commandments treats the humans of different races as equals.

Some of them say the almighty government is needed to create a ‘fair’ wealth redistribution but the wrongness of this has been proved by all Marxism-guided regimes.

President Donald Trump was (and is) a person who ruins their Marxist dreams.

Our civil war is in defense of our unique national morality of individual freedoms against Government tyranny. The nation is divided this way, and therefore for some President Donald Trump is Savior while for the others he is Devil.